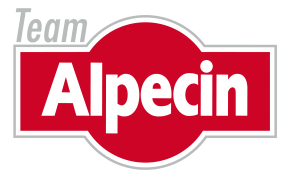 For our client Dr. Kurt Wolff, based in Bielefeld, we have been working in the world of cycling for several years now. As the main sponsor of the UCI World Tour Team Katusha-Alpecin until the end of last year, the company established itself many years ago in the cycling sector.

For several years’ amateur cyclists from all over the world can applicate for a spot in the brand ambassador team “Team Alpecin”.

Cyclists are receiving complete cycling equipment including clothing, required equipment and a professional racing bike for one season.

Accompanied by coaches, physiotherapists and mechanics, the team competes in several well-known national and international races in the course of a season after a training camp in the spring and also gets the chance to get to know the real professionals before and after the races.

impuls | event has been accompanying the Alpecin team from the kick-off to the training camp in Kaltern to the races in the planning, organization and implementation of the events throughout the season and has been the point of contact for the team members throughout.