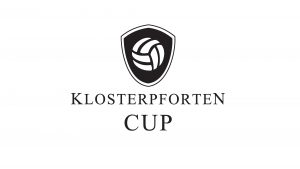 Since 2017 we have been able to support the Hotel-Residence Klosterpforte in organizing the in-house “Klosterpforten Cup”. This charity event, which will celebrate its 18th edition next year, generates a donation each year that will be donated to various charities.

The two-day event includes the main event, the Klosterpforten Cup and the evening event the evening before. The tournament itself is a football tournament consisting of 24 company teams and 8 traditional teams.

The 8 groups of 4 teams play first within the groups and ultimately for the overall victory against each other. In addition to the main tournament, the Kids Cup, the tournament for the small F-youth kickers, consisting of 16 teams from the Marienfeld area, takes place.

The event attracts not only football fans, but also families and children to Marienfeld every year. In addition to the former football stars that can be found here, there are small attractions for children in addition to the tournament, such as a bouncy castle, foosball or goal wall shooting. Entry is free every year.

The so-called “Players Night” is traditionally held on the evening before the tournament, with the main program item being the drawing of groups for the tournament day. Prominent guests from sports and politics, as well as sports commentator Hansi Küpper, are among the guests on site each year in the old abbey of the Hotel-Residence Klosterpforte.